Restorer Uncovers His Own Treasure 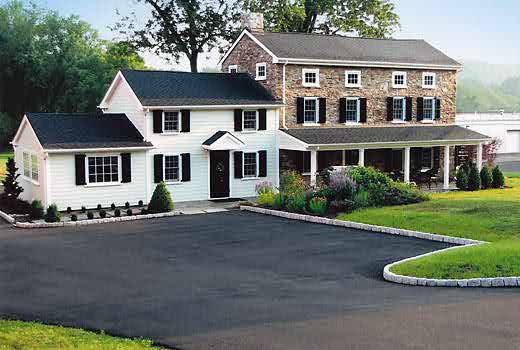 Bucks County Courier Times, January 13, 2008
Restorer Uncovers His Own Treasure – The farmhouse his company is restoring will become its headquarters.
By Crissa Shoemaker Debree

Jerry Watts Jr. knew there was something special under the layers of stucco covering the walls of the old Lower Southampton farmhouse. So he bought the building and its five-acre lot off Bustleton Pike and set his men to work chipping away at the cement. “I knew there was stonework behind this,” said Watts, owner and president of Watts Restoration, Inc., which specializes in restoring stonework. “I knew it was a gem.” Two weeks later, the stucco is all but gone. What’s left is weathered blond stone, held fast by the same mortar used to build the farmhouse in the 1700s. But Watts’ employees have found more than just stone. Inside the farmhouse they found two fireplaces that had been covered with plaster. Outside was an old root cellar, a well and the most incredible find—a tombstone for Jacob Miller, who died in December 1863. The Millers were the first family to own the farmhouse, which was built around 1763, Watts said. They were followed by the O’Reilly family. The property was last owned by a landscaping company that used part of the farmhouse as an office and stored equipment in the accompanying barn.

Watts has spent his entire life working with stone. His father was a stoneworker and owned a masonry company. Ten years ago Watts broke away and started Watts Restoration. Watts said business is booming. The company has done stone restoration for the University of Pennsylvania and Johns Hopkins University in Baltimore. It has also done work at New York’s Yankee Stadium and Pat’s Steaks in Philadelphia. Locally, Watts cleaned and restored the stonework of St. Ann’s Church in Bristol and the Bristol municipal building. The company has 80 employees and draws in about $7 million a year in projects, Watts said.

Buying the farmhouse, Watts said, was the fulfillment of a long-time dream. “I always wanted to buy an old farmhouse like this,” said Watts, a 1981 Council Rock graduate who lives in Ambler. “I have the guys who can do the work.” Watts said he paid $400,000 for the property, and expects the renovations to cost another $500,000. The work will take four to six months to complete. Once it’s done, Watts will move the company’s headquarters there from Bristol Township. The barn will be demolished, Watts said, but its stone walls will be preserved for a new barn to be built on the site.

Watts said the farmhouse will be the perfect example of his company’s work. “I won’t have to send [customers] pictures,” he said. “I can just have them come by.”